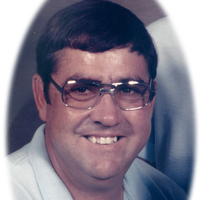 The funeral service will be held 1pm Thursday, December 12th, 2019 at St. James Lutheran Church.  Visitation will take place 5 to 7 pm Wednesday at Leverington Funeral Home of the Northern Hills in Belle Fourche.  Interment will be held in the Pine Slope Cemetery.

Alan Lee Harvey was born July 6, 1950 in Deadwood, SD.  He was the son of Carl and Opal (Byrne) Harvey.  At a young age, Alan moved with his family to Kansas.  Later, sometime in his middle school years, they returned to the area and settled in Belle Fourche.  He graduated from the Belle Fourche High School in 1970.  Alan was united in marriage to Kathy Kendrick in 1972, at the St. James Lutheran Church in Belle Fourche.  To this union two children were born: Chad and Ryan.  Alan worked at American Colloid for 37 years.  Following his retirement, Alan enjoyed life with his wife and family.

Alan will be remembered for his care-free way of life.  He was warm and friendly, and always up for a cup of coffee and a conversation.  In his younger years he enjoyed playing softball, hunting and fishing, and taking trips to Kansas to see his relatives.  Alan was a member of the Belle Fourche Lions Club.  He was fun, jolly, and a great husband and father.  Alan never complained about his cancer; he never felt sorry for himself.  He will be greatly missed by his family.

To send a flower arrangement or to plant trees in memory of Alan Harvey, please click here to visit our Sympathy Store.

To order memorial trees or send flowers to the family in memory of Alan Harvey, please visit our flower store.