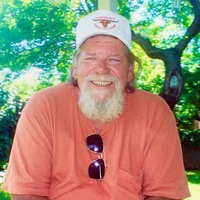 David’s life will be honored and celebrated on Wednesday, September 9th, 2020 at 10am at the Newell Evangelical Church with Pastor Tom Martin officiating.  Inurnment will take place at a later date at the Sacramento Valley National Cemetery, in California.

Funeral arrangements are with Leverington Funeral Home of the Northern Hills in Belle Fourche and the service will be live-streamed on David’s obituary page on the funeral home’s website: www.LeveringtonFH.com

David Eugene Kohlhagen was born February 15, 1949 in Biloxi, Mississippi.  At a young age he moved with his family to Sacramento CA where he graduated from the Highlands High School in 1967.  During the Vietnam War, David served his country in the U.S. Army from 1967 to 1970. Shortly afterwards, he was united in marriage to Claudia Peach.  To this union two daughters were born: Kellie and Jennifer.  Before their divorce, David and Claudia were together for 16 years.  The family lived in Washington CA for several years, where David worked as a trucker for a logging company.  In 2013 he moved to New Mexico to care for his father and then moved to Newell SD where he has lived since.

David will be remembered for his love and pride that he had for his daughters.  He always wanted them to succeed in life, and was so happy with every success and event that took place in their lives.  He always had great dreams in life, and he was a very loyal to his children.  His greatest challenge in life was surviving the effects that the Vietnam War had on his life.  He will never be forgotten.

To send a flower arrangement or to plant trees in memory of David Kohlhagen, please click here to visit our Sympathy Store.

To order memorial trees or send flowers to the family in memory of David Kohlhagen, please visit our flower store.