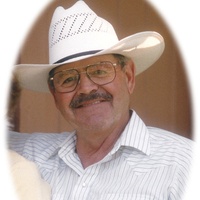 A memorial service will be held 10:30am Monday, August 17, 2020 at Foothills Community Church in Sturgis, with Pastor Jeff Neikirk officiating.  There will be no visitation.  Inurnment will take place in Black Hills National Cemetery, with Military Honors.

Funeral arrangements are with Leverington Funeral Home of the Northern Hills in Belle Fourche.  Friends may view a video tribute and the funeral will be live-streamed on Dick’s obituary page located at the funeral home’s website

In lieu of flowers, memorials are preferred to the Humane Society of the Black Hills.

Richard Meyer was born May 5, 1935 in Milwaukee, Wisconsin.  He was the son of Jacob and Emma (Wiedeman) Meyer.  Dick was raised in Belle Fourche. After his high school graduation he entered the U.S. Navy, where he served four years.  Following his honorable discharge, he attended Black Hills Teacher’s College, graduating with a Bachelor of Science Degree.  While in college he worked on the Belle Fourche Police Department and following his college graduation he began working as a Special Agent with the Division of Criminal Investigation (DCI) and retired in 1980.  Dick was a graduate of the FBI National Academy and numerous Law Enforcement schools during his career.  Following his retirement, Dick went into the livestock business with his step-father, Russ Kinghorn, retiring in 2016.  He always felt fortunate to have had interesting occupations throughout his life, and great people to work with, and living in South Dakota.  He was also thankful to God for bringing him Linda into his life.  They were married in 2001 and they shared many great memories.

Over the years he served on various boards and commissions, including the SD State Police Civil Service Board, SD State Brand Board, Judicial Qualification Commission, SD Game Fish and Parks Commission, and the Crazy Horse Foundation Commission.

In 2014, Dick sold the ranch and shortly afterwards he was diagnosed with Parkinson’s.  One of the things he will always be remembered for is his witty sense of humor.  At heart Dick was a big kid and his personality had the ability to make anyone laugh, and even draw out the humor of some.  Whether someone was a criminal or not, Dick treated everyone with kindness.  He once commented in writing, “It has been a real exciting life, I regret nothing, and I feel my decisions and actions have been guided by God.”  He will be greatly missed by his family and friends.

Dick is survived by his wife, Linda of Sturgis; daughter, Lorri (Scott) Skinner of Sturgis; son, James (Deedra) Meyer of Burnet TX; step-children, Jason (Cassie) Pelletier of Gorham, Maine, Kristina Pelletier of Spearfish, Megan Pelletier of Biddeford Maine; several grandchildren, and nieces and nephews.  He was preceded in death by his father, Jacob Meyer, his mother and step-father, Emma and Russell Kinghorn; and brothers, William Meyer and R.J. Kinghorn, and an infant brother, George.

To send a flower arrangement or to plant trees in memory of Dick Meyer, please click here to visit our Sympathy Store.

To order memorial trees or send flowers to the family in memory of Dick Meyer, please visit our flower store.