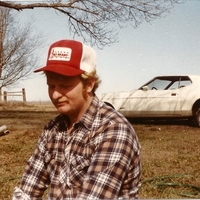 The song of the American Dream rang loud and true in the heart of Dillon Walter Heinzerling. We remember fondly how often his voice carried a song. That song’s beat began strong into our world on May 8th 1957 in the Black Hills of South Dakota, the day God blessed him to Bess and Larry Heinzerling. We are heartbroken by his sudden passing the evening of November 25th, 2020, taken from us far too soon by heart attack.

Dillon loved his family and anyone who got to know him. He genuinely cared for all people. He would always make time for a weekly call to his Mother or another family member. He always had a song on his lips, and the words were always his own. He had a brilliant mind and a great sense of humor.

His passing was preceded by his grandparents, his father Larry, numerous Aunts and Uncles, and his brother Dan whom was a joy to our gatherings. His Aunt Della Wilkens passed on November 13th, 2020. Growing up back East in Huron, Aunt Della would let young Dillon borrow her Mustang, especially to take girls out for dates. To be sure, he had found true love. Mustang horsepower!

In 1977 Dillon’s song howled loud and raw accompanied by the rhythm of Ford V8 THUNDER!  Echoing across the prairie, the roar of that 351 Cleveland would become a habit he could never break. A great year for him, buying his white and green 1971 fastback that became known as The Shamrock Express. A Ford man forever, he would keep and enjoy this special Mustang for the rest of his days.

Dillon Heinzerling and Julie Erickson were married on February 14th, 1982. Their union would be blessed with three beautiful children. All would carry his proud American song in their hearts, adding their own distinct harmonies to Daddio’s melody. Daughter Hannah has a Salon in Hill City, Hannah’s Heart of the Hair. Son Matt owns Heinzerling Concrete, based in Spearfish. Son Dan is a fellow veteran, whom honorably served our Republic as a Marine. They all made Dillon beam with pride.

Dillon’s need for Mustang Speed was permanent and hereditary! All three of his beloved children grew up and bought their own. His daughter Hannah, and his sons Dan and Matt all shared his love for America’s favorite muscle car. THE Heinzerling car. In 2004 Dillon added a special Mach 1 to the stable, placing a factory direct order for a 40th Anniversary Oxford White Mach 1 with manual transmission.

Both sons would also pay tribute to Dillon and grandfather Larry on the track. Starting in 2000 the Heinzerling boys were back in the races, with Matt driving and Dillon running his pit crew. His oldest son Dan would also join them, driving in Super Stock for two seasons, and a B Modified for three more years. Nothing made Dillon happier than watching his sons on the track and taking care of them in the pits. For the next twenty years Dillon would follow Matt to tracks all over the country, only missing a handful of races. Helping Matt win sprint car Championships in 2009 and 2010, and another Championship in 2019 driving Modified made him proud beyond words.

American made homes were the legacy of Dillon’s career. Places for the Dream to live in the hearts of young families as they sing their own unique songs of Love and Freedom. Homes to shelter Lovers, their children, and their American Songs even long after the men that built them pass on from this world. Dillon designed and helped build some of the most beautiful and unique homes in the Black Hills. His long line of polished and engraved service awards will try telling his story, 40 dutiful years of architectural design and contract sales. Appreciated tokens, but the real story reads between them, and especially inside those homes he helped build. And the jobs created by the necessity to build them by the men he did business with. Helping provide honest jobs for families and homes for their dreams is among the most honorable of professions.

Married September 6th, 2015 Dillon and Lora’s wedding was one to remember. Surely the great food, live music, and dancing were so fun. But will I ever attend another wedding party with a private car show? Mustangs EVERYWHERE! And other sweet blue ovals too. Jesse’s Torino, Larry’s Falcon, the cars COVERED the yard.

Racing is Heinzerling heritage, starting in 1965 when father Larry drove the Ford powered racecars he built with his brother Merlin. Dillon loved to share his memories of working in Marlen Winter’s pit crew in the 80s. In more recent years Dillon would further honor his father Larry’s days of thunder, restoring one of his old modified racecars with his beloved wife Lora and dear friend Larry Bronemann. Their friendship and labor of love earned them the Best in Show award at the 2016 Counts of the Cobblestone Car Show.

Dillon’s mark on this world includes sixteen grandchildren, the highest mark of all. The pride and joy of their parents, and the renewed hopes and dreams of their grandparents Dillon and Lora will have the chance to sing again in the hearts of Pyper, Asher, and Aiden Heinzerling. Alison, Gary, Kenzie, Porter, Jaydin and Kylee McCoy. Gabe, Honey, Ezra, Micah and Judah Donnell. Wyatt and Beau Herman. They’ll miss Papa’s laughs, jokes, tickles and love. And not to forget Daizy, Dillon’s beloved dog.

He is survived by his mother, Bess Aman. The love of his life, Lora. All three of his children, Dan, Matt, and Hannah. We miss him desperately. His name was Dillon Walter Heinzerling. “I settled for the best.”

The funeral service will be held 10:30am Thursday, December 3rd, 2020 at the Countryside Church in Spearfish.  Visitation will be held 5 to 7pm Wednesday at Leverington Funeral Home of the Northern Hills in Belle Fourche.  Interment will take place in Rose Hill Cemetery, in Spearfish.

The funeral service will be live-streamed on Dillon’s obituary page, located on the funeral home’s website: www.LeveringtonFH.com

“The Old Rugged Cross”, “How Strong He Is”

To send a flower arrangement or to plant trees in memory of Dillon Heinzerling, please click here to visit our Sympathy Store.

To order memorial trees or send flowers to the family in memory of Dillon Heinzerling, please visit our flower store.