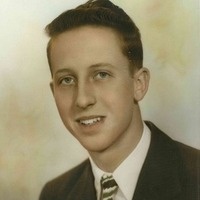 Long time Belle Fourche business man Donald West passed away on Friday, March 12, in Belle Fourche at the age of 86 with his loving wife of 68 years by his side.

Don was born August 2, 1934 on a farm north of Newell, SD. When Don was in Junior High School the family moved into the town of Newell. He learned to play the guitar and shared his talent often. He graduated from Newell High School in 1952, and became engaged to Delores Miles that same week. They were married August 13, 1952.

By the time Don was 21 years old he had started his own service station business, Don’s Sinclair, in Newell. He ran the business until 1966 at which time he became a partner in Belle Retread Company in Belle Fourche. He became the sole owner in 1973 and the business became West Tire and Alignment. Fifty-seven years later the business still operates under that name.

Don has served as a Director of the National Tire Dealers and Retreaders Association and was named a member of the NTDRA President’s Club. In 1997 he received a Distinguished Service Award form the South Dakota Retailers Association. He has also served on many local organization boards, and has been involved with and supported many local groups and activities. In 2002 Don and Delores were honored as Ag Business Persons of the Year by the Belle Fourche Chamber of Commerce. In 2011 West Tire and Alignment was honored as Business of the Year by the Black Hills Angus Association. In 2015 Don and Delores were named Grand Marshals for the Belle Fourche 4th of July Black Hills Roundup Parade.

Don will be remembered for his unmatched work ethic, fair and honest business practices, and willingness to help anyone and everyone he came in contact with, as well as his wonderful smile, and great sense of humor.

A celebration of Don's life will take place Sunday, July 25, 2021 at Besler's Cadillac Ranch.  From 2pm to 5pm an open house celebration will take place.  Friends and associates are encouraged to come and share stories of remembrances.  A memorial has been established.

To send a flower arrangement or to plant trees in memory of Donald West, please click here to visit our Sympathy Store.

To order memorial trees or send flowers to the family in memory of Donald West, please visit our flower store.