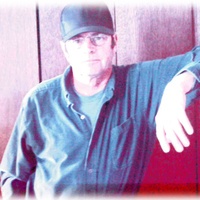 George A. McIntyre, age 74 of Belle Fourche, died Tuesday, January 4, 2022 at his home with his loving family by his side.

The Celebration of Life Service will be held 1pm Friday, January 21, 2022 at the Summit Open Bible Church in Belle Fourche.  There will be no visitation.  Inurnment will take place prior to the service at Black Hills National Cemetery on January 21 at 11am.  Military Honors will be provided by the Belle Fourche Veterans Honor Guard.

In lieu of flowers, green plants are preferred or donations to the Summit Open Bible Church Men’s Group.

George’s service will be broadcast live online, on his obituary page located on the funeral home’s website: www.LeveringtonFH.com

George Allen McIntyre was born January 3, 1948 in South Hampton, Ontario, Canada.  He was the son of Edward “Ted” Houldine and Anna Elizabeth (Ballantyne) McIntyre.  George grew up in Claremont California, where he graduated from high school in 1967.  It was also there, where he met the love of his life, Wanda Jackson.  They were married on August 4, 1968, shortly after Wanda graduated from high school.  To this union, a daughter Monica was born.

George served American in the U.S. Army for 20 years.  His military career began in 1968 and in those 20 years he was station in West Germany from 1970-1973, Korea from 1976-1977, and West Germany from 1980 – 1983.  George retired as Sergeant First Class in 1988.  During those years, George always showed great care for the troops.  He was a dedicated servant-leader, and he always took care of those who were alone during the holidays.  When the 10th Mountain Division was reactivated, it was with great pride that George became the first ever, First Sergeant to lead them.  In July of 1992, the family moved to Hulett Wyoming, and in 1994 they settled in Belle Fourche.

George had several jobs throughout his life.  He was an installer and foreman for Fire Control Systems; a carpenter for Ted Corean Construction of Belle Fourche; a maintenance employee for Black Hills State University; and he was a Master Craftsman in construction and an auto mechanic.  For two years, George helped rebuild the Diamond L Ranch, located near Hulett WY.  During that time, he was instrumental in creating the Prophet House at the ranch, which is used to house missionaries.  Because he was adopted, George always had a heart for children who needed home and from 1996 to 2009 he and Wanda served as Foster Parents.  During those years they provided 126 children a home.  George was a member of the Summit Open Bible Church, where he served on the board for 20 years.  He enjoyed games like the City League Horseshoeing League, and playing cards as well.  On the night he went home to heaven, George was playing cards and he definitely had the winning hand.  He also enjoyed fishing, and he was very talented working with wood, having made so many things.  He was humble, generous, kind, loving, thoughtful, and he had a great sense of humor.  He will be greatly missed by his family and friends.

George was preceded in death by his parents, Ted and and Anna, and Carnell and Lorraine Jackson; brothers, Kenneth Wilson, William Jackson, Ray Nolan, Edward Shute; and sisters, Peggy Wolf and Mary Jackson.

“In the Garden”- Steve Anders, soloist

To send a flower arrangement or to plant trees in memory of George McIntyre, please click here to visit our Sympathy Store.

To order memorial trees or send flowers to the family in memory of George McIntyre, please visit our flower store.