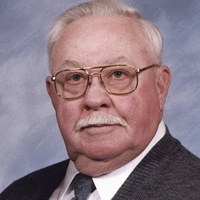 The funeral service will be 10 am Monday, March 15, 2021 at Leverington Funeral Home of the Northern Hills in Belle Fourche.  Visitation will take place one hour prior to the service.  Interment will be held in Pine Slope Cemetery.  The service will be live-streamed from Jack’s obituary page on the funeral home’s website located at: www.LeveringtonFH.com

John Clayton Hantz (Jack) was born April 29, 1939 in Belle Fourche, SD to Ralph and Laurene Hantz. He was the second of three children, joining his brother Jerry and later, his sister Sandra.

Jack attended all 12 years of school in Belle Fourche and was a member of the basketball team that won the State Class A basketball tournament in 1957. Jack enjoyed and participated in all the sports during his high school years.

Jack joined the Navy in August of 1958, and proudly served a tour in the US Navy as a sonar technician on the destroyer USS Porterfield DD682. He also served in the US Army, finishing his 27 year military career with the Montana National Guard, retiring as a Sergeant Major.

Jack married Elaine Hantz in January of 1960, and together they raised three children: Jerrianne, Jim, and Laurie.

Jack has been a Mason for 40 years, active in lodges in Faith, Lemmon, Belle, and SD Grand Lodge Grand Master (2013).

Welcoming Jack to the “other side” is his wife Elaine, brother Jerry, parents, niece Deb, grandson Jake, great nephew Trevor, and many other extended family and friends.

To send a flower arrangement or to plant trees in memory of Jack Hantz, please click here to visit our Sympathy Store.

To order memorial trees or send flowers to the family in memory of Jack Hantz, please visit our flower store.