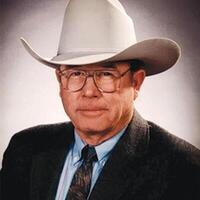 James Edward Courtney was born October 29, 1931 to James M. and Dorothea (Bischoff) Courtney at the beginning of the Great Depression …drought, dust and hard times were all Dad knew during his early childhood. This humble, meager beginning lit a fire within Dad to make everything he was involved in or touched “better!” Never one to fuss about the negatives of a situation, Dad looked at life through the lens that, with hard work and determination, things could be done better and smarter.           He finished his earthly journey on November 19, 2021 at the Spearfish (SD) Canyon Rehab.

Funeral services will be held in Belle Fourche, SD on Saturday, November 27, 2021 at St. Paul Catholic Church at 10:30 a.m. with Visitation at Leverington Funeral Home of the Northern Hills on November 26, 4-6 p.m. followed by a Wake at the Church at 7 p.m. Interment will take place in Pine Slope Cemetery.

Jim’s funeral will be broadcasted live online, on his obituary page located on the funeral home’s website: www.LeveringtonFH.com, where there is also a video tribute available to view.\

With only a high school education, Dad was gifted with a vision and determination to succeed at ranching and raising livestock that few possessed. His passion was to raise the best sheep and cattle, otherwise, why put out the effort. He also felt an obligation to belong to organizations that worked to protect the land and that championed Agriculture. Throughout his life, he belonged to many county, state and national organizations and was often elected to leadership positions.

Dad married Hazel Summers on June 14, 1953. Ranching with sheep and Herefords, Dad and Mom were the perfect team and raised our family to know hard work, to resiliently endure storms and setbacks, yet learn to adapt as we faced challenges. The fifth Courtney generation is now calling the ranch home continuing to build on the foundation laid by decades of commitment and perserverance. Dad’s life was a master class in taking modest beginnings forward to a life well lived and passing it on to the next generation!

After Mom passed in 2001, Dad married Della Crago in 2002 and they shared a love for Herefords and ranch life. Della passed in 2012. Alone again, he found companionship with Sondra Giacometto and they married in 2013.

We marveled at Dad’s ability to “never stop living.” During the past couple years, he faced health issues including heart valve replacement with a steady resolve to get better, but he never stopped driving to the ranch, going to great grandkids’ programs and attending community events. He was passionate about living. He lived a full, ambitious and very accomplished life that impacted many. We are proud to be his family.

To send a flower arrangement or to plant trees in memory of Jim Courtney, please click here to visit our Sympathy Store.

To order memorial trees or send flowers to the family in memory of Jim Courtney, please visit our flower store.