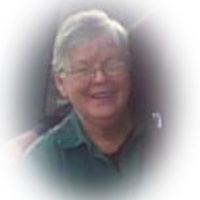 Graveside services will be held 11am Friday, September 27, 2019 at the Hope Cemetery in Newell.  There will be no visitation.

Arrangements have been entrusted to Leverington Funeral Home of the Northern Hills in Belle Fourche.

Judith Ann Jones was born November 28, 1944 in Cedar Rapids, Iowa.  She was the daughter of Richard and Eleanor (Shearer) Jones.  Judy grew up and attended school in Cedar Rapids.  She was united in marriage to Larry Maddelein and to this union 3 children were born: Tim, Shelly, and Debbie.  Judy and Larry lived in Iowa and in 1983 they divorced, and Judy moved to Sheridan Wyoming.

In the early 1990’s, Judy moved to Phoenix Arizona where she worked in a tourist town called “Rawhide” for many years.  It was there where she met William Wise and they were united in marriage on October 10, 1996.  The couple later moved to Deadwood and for the past 20 years they have lived in Newell.

She was preceded in death by her parents, and brother, Richard “Dick” Jones.

To send a flower arrangement or to plant trees in memory of Judy Wise, please click here to visit our Sympathy Store.

To order memorial trees or send flowers to the family in memory of Judy Wise, please visit our flower store.