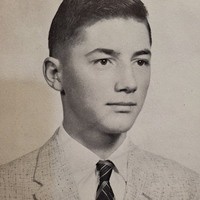 A memorial service will be held 1pm Monday, December 9, 2019 at Leverington Funeral Home of the Northern Hills in Belle Fourche.  Visitation will be held 4 to 6pm Sunday at the funeral home.  Inurnment will take place in the Vale Cemetery, followed by lunch at the Vale Community Center.

Kenneth Harold Kluck was born December 31, 1942 in Chadron, Nebraska.  He was the son of Ernst and Mary Ruth (Robinson) Kluck.  Ken grew up in the Broadus Montana area for a time, until 1954 when the family settled in the Vale SD area.  Ken attended the Wetz Country School near Vale, and graduated from the Vale High School in 1961.  He served in the National Guard during the Vietnam War.  In 1965, Ken was united in marriage to Cherlynne Reid.  To this union a daughter and a son were born: Julie and Tracy.  They were married for 30 years, before divorcing.  Later, Ken was married for a short time to Glenda Komes before divorcing.

Ken ranched his entire life.  He worked as a ranch hand for several area ranchers, including Carl Lundgren.  For many years he owned his own ranch, located in the Nisland/Arpan area.  Ken also owned a trucking business for several years, trucking hay and cattle.  Ken retired to Spearfish two years ago.

To send a flower arrangement or to plant trees in memory of Kenneth Kluck, please click here to visit our Sympathy Store.

To order memorial trees or send flowers to the family in memory of Kenneth Kluck, please visit our flower store.