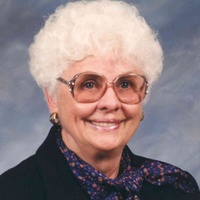 Marilyn’s service will be broadcasted live online, on her obituary page located on the funeral home’s website: www.LeveringtonFH.com

Memorials are preferred to the United Methodist Church and Hospice of the Northern Hills.

Marilyn Annette Nelson was born February 15, 1929 in Halstad, Minnesota.  She was the daughter of Norman and Myrtle (Akason) Nelson and was raised by her step=father, Rayder Huseby.  Marilyn graduated from Halstad High School where she was a cheerleader for the Halstad Pirates.  She attended Fargo Business College in Fargo, North Dakota and she also studied Voice and was instructed by Mrs. Keezy.  Marilyn sold pianos for the Wiley Piano Company in Fargo.  She sang at numerous funerals and events in Norman County and enjoyed being part of choirs and cantata’s.  During World War II, Marilyn at times sang over the airwaves on WDAY Radio.  She was the cousin to Skitch Henderson who was one of the original Director’s for the Tonight Show.

On July 23, 1950, Marilyn was united in marriage to Leo Baker in Ada, Minnesota.  To this union was born a son: Michael.  Leo and Marilyn met on blind date which was set up by her cousin, Delores.  Leo was the love of her life and together they enjoyed 66 years of marriage, before Leo’s death in 2016.  In 1977 they moved to St. Onge, South Dakota where they ranched for many years. They named their business, “Baker’s LEMAR Angus” by combining theirs names, Leo and Marilyn (LEMAR).  Marilyn had the gift of hospitality and one of her important roles in the business was to provide a positive social atmosphere that included food and visiting with people who came to look over their cattle to purchase.  She was a “people person” who always enjoyed kindness and a smile.  She will be remembered for her love and support.  She was always an encourager to her family.  She enjoyed playing card games, especially Bridge.  Marilyn was a member of the United Methodist Church and for the past six years she has enjoyed living at the Aspen Grove Assisted Living Center in Sturgis.  She will be greatly missed.

And other family and friends of Marilyn

To send a flower arrangement or to plant trees in memory of Marilyn Baker, please click here to visit our Sympathy Store.

To order memorial trees or send flowers to the family in memory of Marilyn Baker, please visit our flower store.