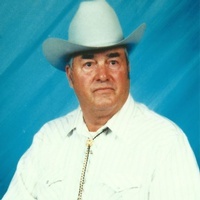 The funeral service will be held 11am Wednesday, October 24, 2018 at Leverington Funeral Home of the Northern Hills in Belle Fourche.  Visitation will be held 5 to 7 pm Tuesday at the funeral home.  Interment will take place in Black Hills National Cemetery, with military honors provided by the Belle Fourche Veterans Honor Guard.

In lieu of flowers, memorials are preferred to the Butte-Lawrence County Fair or the 4H Leaders Association.

Roy C. Hansen was born October 16, 1930 on the family ranch located near Fruitdale, SD.  He was the son of Roy and Clara (Castleberry) Hansen.  Roy attended the Hillside Country School near Fruitdale until 8th grade and graduated from Belle Fourche High School in 1949.  Roy lettered both in track, as a high jumper, and in chorus during his 4 years in high school.  On May 20,1950, Roy was united in marriage to Bernadine Furois in St. Onge, SD.  To this union 4 sons were born: Jim, Don, Ken and Steve.  Following their marriage, Roy entered the U.S. Marine Corps and served his country honorably for 2 years during the Korean War.  When he returned home, Roy and Bernadine ranched north of St. Onge for 6 years.  In 1957 they purchased a ranch near Fruitdale where they raised hogs and cattle.  Roy was very active in the community.  He served as Commander of the Nisland American Legion, was a member of the Belle Fourche American Legion and the V.F.W.  For 13 years he served as the Chairman of the Butte-Lawrence County Fair Board and was inducted into the SD Fairman’s Hall of Fame in 1983. Roy was especially proud of his position as a SD State Brand Inspector and enjoyed volunteering as a 4H leader.  For many years Roy also worked as a feed dealer for Vigortone Feeds.  Roy and Bernadine were honored to receive the “SD State Pork Producers of the Year” Award and were long time members of the Northern Hills Pork Producers Association.  In 1994 Roy was awarded the “Agri-Business Person of the Year” by the Belle Fourche Chamber of Commerce.  Roy retired in 1993 due to health concerns and they moved to Belle Fourche.  Roy loved the ranch life.  He enjoyed camping, fishing, hunting and loved his 68 years of marriage to Bernadine.  Roy will be greatly missed by his family and friends.

He was preceded in death by his parents; daughter-in-law, Vicki Hansen; and sister, Loretta Freed.

To send a flower arrangement or to plant trees in memory of Roy Hansen, please click here to visit our Sympathy Store.

To order memorial trees or send flowers to the family in memory of Roy Hansen, please visit our flower store.