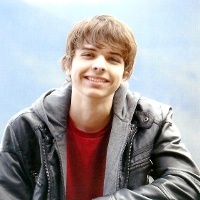 In lieu of flowers, memorials are preferred.

Ryan William Ribordy was born June 10, 1998 in Spearfish.  He was the son of Ronald and Sonia (Ugland) Ribordy.  Ryan grew up in Belle Fourche where as a young boy you would see him playing soccer and baseball and he belonged to the cub scouts for a time.  He graduated from Belle Fourche high school in 2016.  He worked at Lynn’s Dakotamart for almost 5 years and during part of this time he was proud to be the youngest manager to have worked there.  For the past several months, Ryan has lived in Rapid City where he was a student at Western Dakota Tech.  There he enjoyed being part of the I.T. program and he liked to help others in the program.

Ryan was a unique young man who walked to the beat of his own drum.  He had his own style and never worried about fitting in with the crowd.  He was witty and kind and he enjoyed learning different things like speaking German or playing guitar.  He read literature that was deep and complicated.  He was a great writer; he enjoyed World War II history and collecting unique knives.  Ryan served on the Belle Fourche Volunteer Fire Department for a short time, and he enjoyed hunting and camping.  He liked music, but it had to be rock and roll and heavy metal  He loved his family very much, and he was a great “big brother” and a wonderful son and grandson.  He suffered from depression for several years, and he always called home when he was down and needed help.  But this time he didn’t and it’s so hard to understand why.  He will be missed forever.  He was a great young man.

He was preceded in death by his paternal grandmother, Sharon “Joy” Ribordy.

“The Old Rugged Cross”, “Go Rest High on that Mountain”

“How Strong He Is”

A Poem for Ryan

Ryan was loved so very much.

He was a great “big brother”

and a very special son.

Ryan was witty and kind-hearted

and he made his parents proud.

He walked to the beat of his own drum

not looking for the applause of the crowd.

He loved his loud music.

and camping with his family.

It is hard to let him go.

We wonder “How can this be?”

We will hold tight to each other

as we let him go free.

To send a flower arrangement or to plant trees in memory of Ryan Ribordy, please click here to visit our Sympathy Store.

To order memorial trees or send flowers to the family in memory of Ryan Ribordy, please visit our flower store.