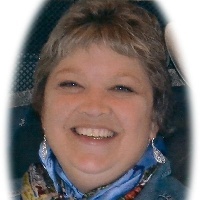 The funeral service will be held 10am Friday, August 23rd, 2019 at Leverington Funeral Home of the Northern Hills in Belle Fourche.  Pastor Matt Branum will officiate.  Visitation will be held 5 to 7 pm Thursday at the funeral home, with a time of sharing stories at 5pm.  Interment will take place in Pine Slope Cemetery.

Sandra Lee Phelps was born January 5, 1968 in Albuquerque, New Mexico.  She was the daughter of Archie and Margaret (Wolfert) Phelps.  Sandy was raised in Harden, Montana until Junior High School, when she moved with her family to Soldotna, Alaska.  It was there, in 1991, where she met Zachary Minkel.  In January of 1993 they were married in Litchfield, Minnesota.  Shorty after their marriage, they returned to Alaska where they lived until the spring of 1998 when the moved to Renville, Minnesota.  In 2002 they moved to Bird Island MN where they enjoyed having a hobby farm for several years.  During these years, Sandy worked for State Farm Insurance in Olivia MN for 10 years.  In 2014, they moved to Belle Fourche where they have lived since.

In July of 2015, Sandy was diagnosed with cancer.  Throughout all of the treatments and the sickness that they brought to her, Sandy rarely grumbled, but always trusted God.  She was faithful to Him to the end.  She was a devoted wife and mother who was wonderful in the kitchen.  She was honest, kind-hearted, patient, and very loving.  She loved her husband, children, grandchildren, and family and friends so well and so much.  She will be greatly missed.

She was preceded in death by her father, and nephews, Kevin and Rick “JR” Mollenberg.

of the Northern Hills

To send a flower arrangement or to plant trees in memory of Sandra Minkel, please click here to visit our Sympathy Store.

To order memorial trees or send flowers to the family in memory of Sandra Minkel, please visit our flower store.