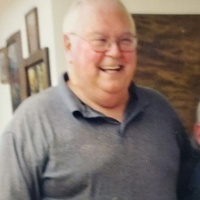 A Celebration of Life service will be held 10:30 A.M. Monday, November 22, 2021 at Leverington Funeral Home of the Northern Hills in Belle Fourche.  There will be no visitation.

Terry’s funeral will be broadcasted live online, on his obituary page located on the funeral home’s website: www.LeveringtonFH.com, where there is also a video tribute available to view.

Terrence Eugene Byrd was born October 19, 1943 in Murdo, South Dakota.  He was the son of Archie and Thelma Byrd.  Terry grew up in Murdo, where he graduated from the Jones County High School in 1962.  For several years, Terry worked at the Phillips 66 service station in Murdo.  He was united in marriage to Darla “Sue” Brunson on October 4, 1969.  She was the love of his life, and to this union two sons were born: Tom and John.  For most of his life, Terry worked as a heavy equipment operator.  In 1971 he was building roads in the southern South Dakota for JD Delzer. In 1974 he was doing the same thing in the Wheatland Wyoming area.  In 1975 the family moved to Newcastle for a short time.  In 1976 Terry and the family moved to Belle Fourche.  In 1977, Terry began a 33 year-long career as a heavy equipment operator for American Colloid.  He retired in 2011.  Sue died in 2020.

Terry will be remembered for his smile and his kindness.  He was easy-going and if one of his kids did something wrong, it was dad they always went to first.  Terry was a wonderful father and grandfather, and he loved his grandchildren so much.  He will be greatly missed by all of them, and his friends as well.

To send a flower arrangement or to plant trees in memory of Terry Byrd, please click here to visit our Sympathy Store.

To order memorial trees or send flowers to the family in memory of Terry Byrd, please visit our flower store.